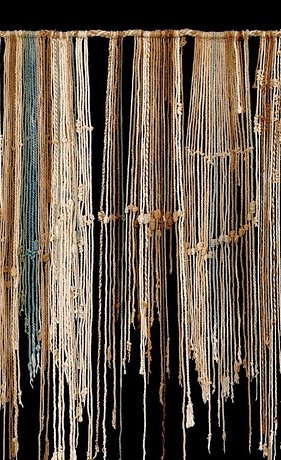 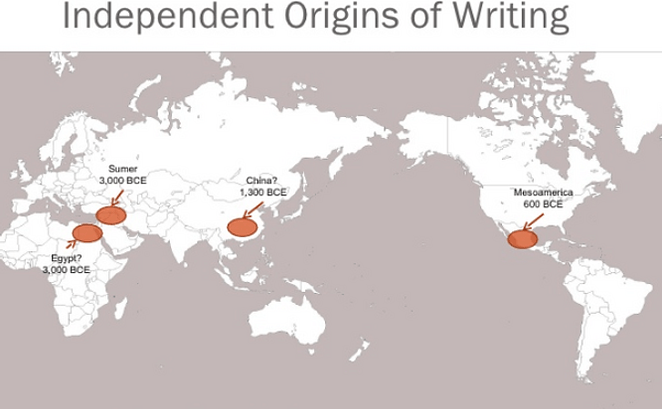 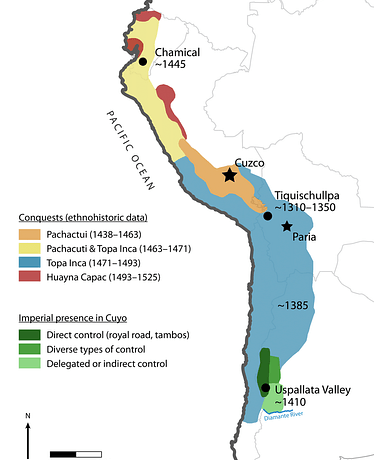 Writing first emerged around 3000 BCE in Sumer (Mesopotamia), the very first civilization in human history. Indeed, the invention of writing is viewed as one of the key hallmarks that defines what civilization is. Writing arose, historians and archaeologists believe, as a response to a critical limitation of the human brain--it's inability to hold, process, and pass on large amounts of data, particularly numerical data. As human beings began to concentrate in larger numbers with the rise of city-states, kingdoms and empires, it became essential for emerging bureaucracies to keep track of things, hence, writing. Early cuneiform (see inset above), the very first writing system, was a partial script, designed to perform, through nouns and numbers, the limited task of keeping accounts. Only later was it adapted to convey non-numerical messages, tell stories, recount the past, etc..., and thus become a full script. Some civilizations, most notably those of the pre-Columbian Andes, such as the Inca (see map below left), never moved beyond a partial script. Kipus (seen below right) were sets of knotted strings used by Andean civilizations to keep track of inventories or, at least, so historians surmise. The art of 'reading" kipus was lost with the Spanish conquest of the early 1500s CE.

You Must Remember This: Origins of Writing