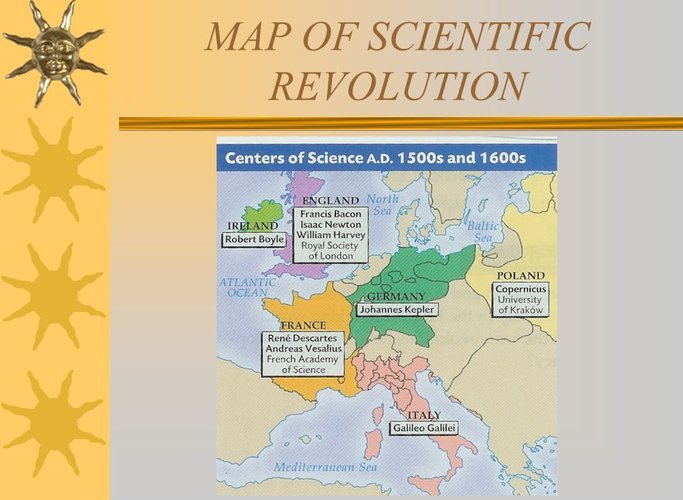 The Scientific Revolution is the third of the great revolutions in human development. The first, the cognitive revolution, which occurred in East Africa about 70,000 to 100,000 years ago, gave humanity the capacity for abstract thought, allowing us to better exploit nature. The agricultural revolution, first seen in Mesopotamia about 12,000 years ago, freed humanity from the limits of nature, allowing dramatic population growth and the rise of civilization. The Scientific Revolution, which began in Europe about 500 years ago allowed humanity an unprecedented understanding of how nature worked and, via the Industrial Revolution, an unprecedented capacity to control and utilize natural forces.

On one level, the Scientific Revolution is about something very simple--the scientific process, consisting of observation and experimentation. But, in one way or another, these things are nothing new. Humans have been observing and experimenting since the cognitive revolution, and perhaps even before that. Instead, the the Scientific Revolution was really about two great breakthroughs. First, it was about questioning and challenging accepted wisdom and knowledge. Second, it was about establishing a system for the production of science, via research, institutions, and money. When those interested in profit (business) and power (politicians) came to understand how science was the key to both, much was invested in science, thereby leading to more progress, which then fed more investment, and on and on. What began in Europe in the 1500s soon spread to the rest of the globe. The result is our modern world of knowledge, convenience, material abundance, longer and (relatively) healthy lives...and environmental degradation.

Ignorance Is Not Bliss: