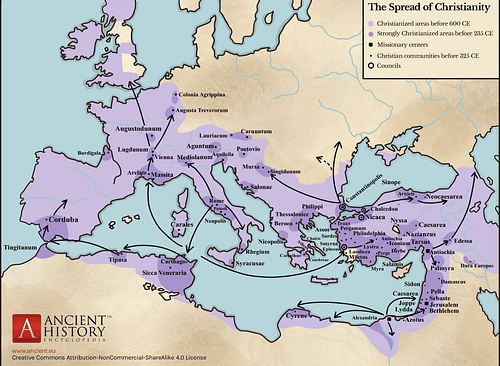 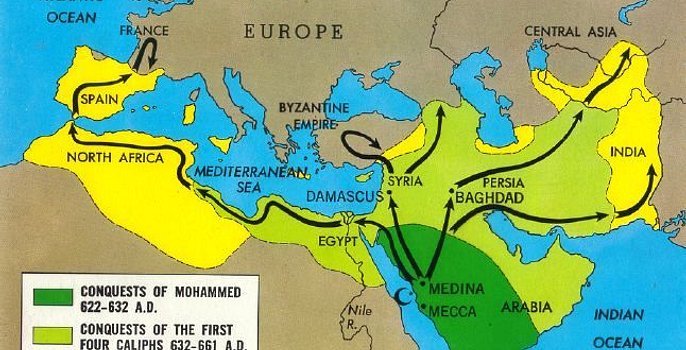 As with trade, it would seem that spirituality is an essential element of the human experience. The need to explain where we (and everything else) come from, to understand the forces of nature and our own minds and hearts, to learn how we fit into the universe--these needs appear to be universal in the human soul. Beyond explaining things, religions provide guidance, in how we should treat each other and how we should relate to the natural world and the spiritual dimension. Indeed, it could be argued that all religions offer the same things--explanations of why things are the way they are, along with moral codes based on supernatural origins.

As discussed last week, the universal religions of the East are largely based on natural laws, eternal spiritual forces that operate on gods as well as humans. Another set of universal religious traditions emerged in the West--theistic faiths. With Judaism, Christianity, and Islam--which not only share the concept of a single omnipotent God but actual texts, or scripture, that tell God's story--the origins of the universe, the forces of nature, and the moral code by which we all must live by originate with an eternal being, referred to as Yahweh, God, or Allah, who established the natural laws of the universe but is not subject to them. Because Eastern religions assume eternal laws, they conclude that the fate of the universe and of the soul are cyclical. With an eternal being as the source of creation, Western religions are more linear, arguing for a beginning and a destination for creation and the human soul.

Universal Theistic Religions of the West