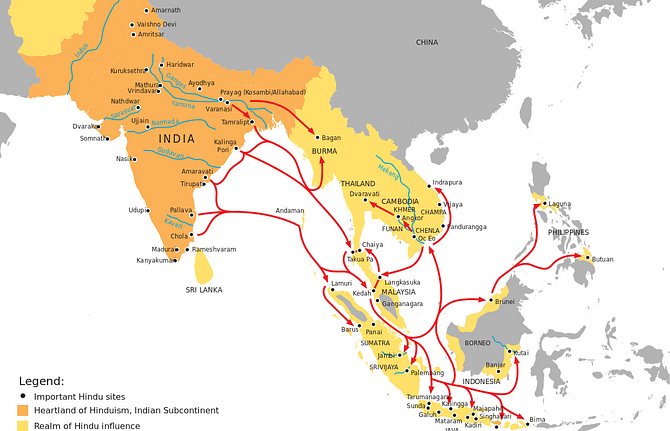 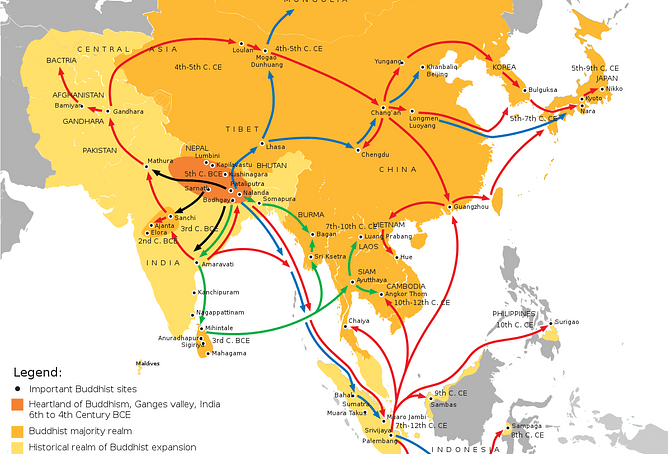 What Goes Around, Comes Around: Universal Natural Religions of the East

For virtually all of our past, humans have practiced a variety of religions that scholars refer to as "animism," from the Latin word anima, or spirit. Animists believe that all living things, and even inaminate objects, are infused with spirits. The world is also filled with the spirits of human ancestors. While animists may believe there is a higher guiding principle behind creation, they generally don't pay it much mind. The goal of animistic religions, rather, is to learn what these spirits want, to communicate with them, and to perform rituals that will allow humans to achieve harmony with the spirits so as to make life better. Today, animism continues to be practiced in large swathes of the globe, most notably in sub-Saharan Africa and among indigenous peoples in Asia, Oceania, and the Americas. Still, animistic faiths are now largely marginal belief systems, having been replaced in most parts of the world by so-called "universal religions." In fact, many practitioners of animistic faiths may also be followers of one of the world's universal religions.

Animistic faiths are, by definition, not universal. They are embedded in a specific landscape and apply only to those who practice the particular animistic faith in question. For believers of universal religions, on the other hand, the spiritual truths they hold are, in a word, universal, applying to all people, in all places, at all times. With so-called "eastern" religions--such as Hinduism, Buddhism, and the lesser known Jainism--the universality of the faith comes from what we might call "natural laws," eternal spiritual forces that apply to every being, even gods, and determine how the universe operates and how we should live our lives. So-called "eastern" religions are designated such because they originated, and are largely practiced, in the eastern half of Eurasia. In fact, as the maps above and below indicate, the great eastern religions of Hinduism and Buddhism both originated on the Indian sub-continent before spreading to Southeast Asia,in the case of Hinduism, and East and Southeast Asia, in the case of Buddhism.